If you’ve never heard of Ray Charles or Stevie Wonder, you really must have been hiding under a rock. Art Tatum is possibly the least well known of these 3 outstanding musical maestros. Here we’ll have a look into the backgrounds and achievements of these leaders in music.

Ray Charles Robinson was born September 23, 1930. In his childhood he contracted glaucoma which caused his sight loss. He was often known by his preferred nickname Brother Ray, especially amongst his fellow musicians. A natural talent, he sadly passed away  on June 10, 2004.
Often called The Genius, a nickname he tended to shy away from, he was a pioneer of blues and soul in the 1950s era. He is remembered by his famous quote; “I never wanted to be famous. I only wanted to be great”. His music encompassed a mix of blues, gospel, jazz and soul. Famous for such popular tracks like; “Unchain My Heart,” “I’ve Got A Woman” and “What I’d Say.”
He made 2 albums alongside Milt Jackson and also one with Betty Carter.

He also starred a cameo role in the film The Blues Brothers, with John Belushi and Dan Akroyd. In one scene, the Blues Brothers stop at Ray’s Music shop and they are looking to test out some instruments. Ray comes from behind the counter and starts playing Shake Your Tailfeather on the keyboard. He also performed Twist It in the movie. This film featured Aretha Franklin, John Lee Hooker, Cab Calloway, and the Blues Brothers Band, including Steve Cropper, Donald Dunn, Murphy Dunne, Willie Hall.

One of the funniest lines was Rays scene in his music shop, where Murph is considering buying an electric piano.

Murph : Tell me a little about this electric piano, Ray.

Ray : Ah, you have a good eye, my man. That’s the best in the city Chicago. 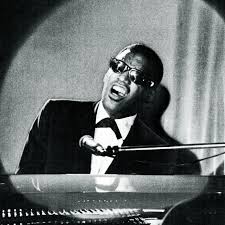 Stevland Hardaway Morris was born in 1950, on May 13th.  Born with retinopathy of prematurity, he was 6 weeks early at birth. This is an eye disorder which was exacerbated when he received too much oxygen in an incubator, leading to blindness. His music has inspired several generations and includes such famous hits as “My Cherie Amour,” “You Are the Sunshine of My Life,” “Superstition,” “Living in the City,”. One of the most famous blind black singer / songwriters of this generation.

At the age of 11 he made his first recording and since then his music has sold tens of millions of copies. A naturally talented musician, he self taught himself to play harmonica, piano and drums, all before he’d turned 10 years of age.  Due to being so young, he was known as Little Stevie Wonder, and in 1962  released his debut The Jazz Soul of Little Stevie Wonder. Here he’d worked alongside the famous Motown songwriter Clarence Paul, among others. Clearly another example of the vision of Motown founder Berry Gordy Jr, by signing up Stevie at such a young age. One of his earlier albums was entitled “Tribute to Uncle Ray” where he covered tracks by Ray Carles.

One of his most successful decades was the 1980s.  He brought out smash hits including “I Just Called to Say I Love You,”  and “Part-Time Lover”. He also partnered up with Paul McCartney to release the duet  “Ebony and Ivory”. In 1989 Stevie Wonder was also inducted into the Rock and Roll Hall of Fame. 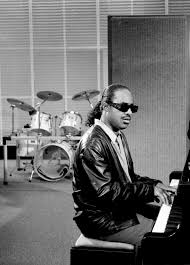 Arthur Tatum Jr, known affectionally as Art,  was an American jazz pianist. He was born in Toledo, Ohio on October 13, 1909. His style of jazz piano was regarded as a blend of complexity and imagination. His life was cut short at the age of 47 and he passed away 5th November 1956. Another youngster who was in the spotlight at an early age. He had his own radio show in Ohio while he was still at school.
Tatum was a remarkable jass pianist and played at clubs for decades across America, spending a lot of time in New York. England was fortunate enough to hear his music.  Sailing across on the Queen Mary, cruise ship he spent a few months in London.

Afraid of flying, it’s said he would travel from state to state by train. He was also known for his liking of alcohol, which would later on in life cause him health issues. Tatum was never as well known as some of his peers, but none the less his music was noticed and admired by names such as Duke Ellington. He was also awarded Esquire magazine’s prize for pianists in its 1944 critics’ poll.

Blind in one eye and almost blind in the other, Art Tatum was without a doubt a talented piano master. 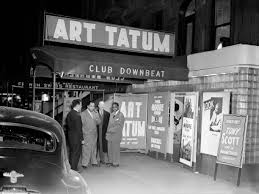 It doesn’t matter the age of a pianist, their upbringing or even their background. The three legends we looked at here were all great musicians, from an early age. They taught themselves chords and scales. None had money or wealth to help them start out. These blind black singer and musicians should be an inspiration to anyone wanting to learn to play an instrument. 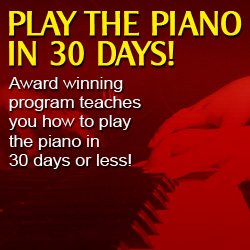